After returning from an inspiring trip to Jordan (covered), Pejac spent the last couple days finalizing his upcoming print release, Wound. Showing an ice breaker leaving a bloody scar as it roams the frozen ocean, it’s one of the works by the Spanish artist that speaks to major environmental issues.

Through a minimalist approach, using a limited color palette and lots of negative space to accent the message, Pejac created an emotive image that speaks volumes. Symbolizing the irreparable damage to the environment caused by human behavior, Wound is one of the images the artist painted for his upcoming London solo show (previewed). Scheduled for Thursday May 12th 2016 at 6pm CET (12pm EST) on Pejac.es, the four color screenprint will be released in an edition of 80 pieces, all coming with an embossed stamp, signed and numbered by the artist and with an accompanying Certificate of Authenticity.
Discuss Pejac here. 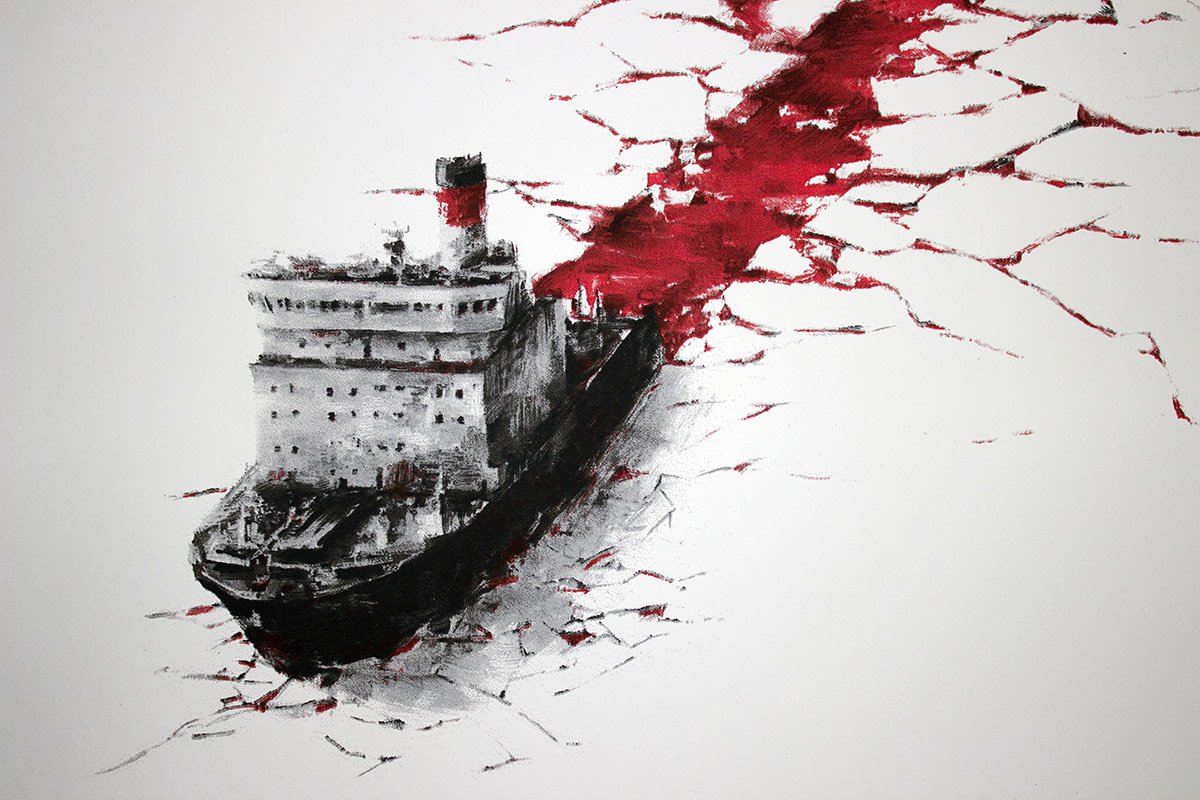 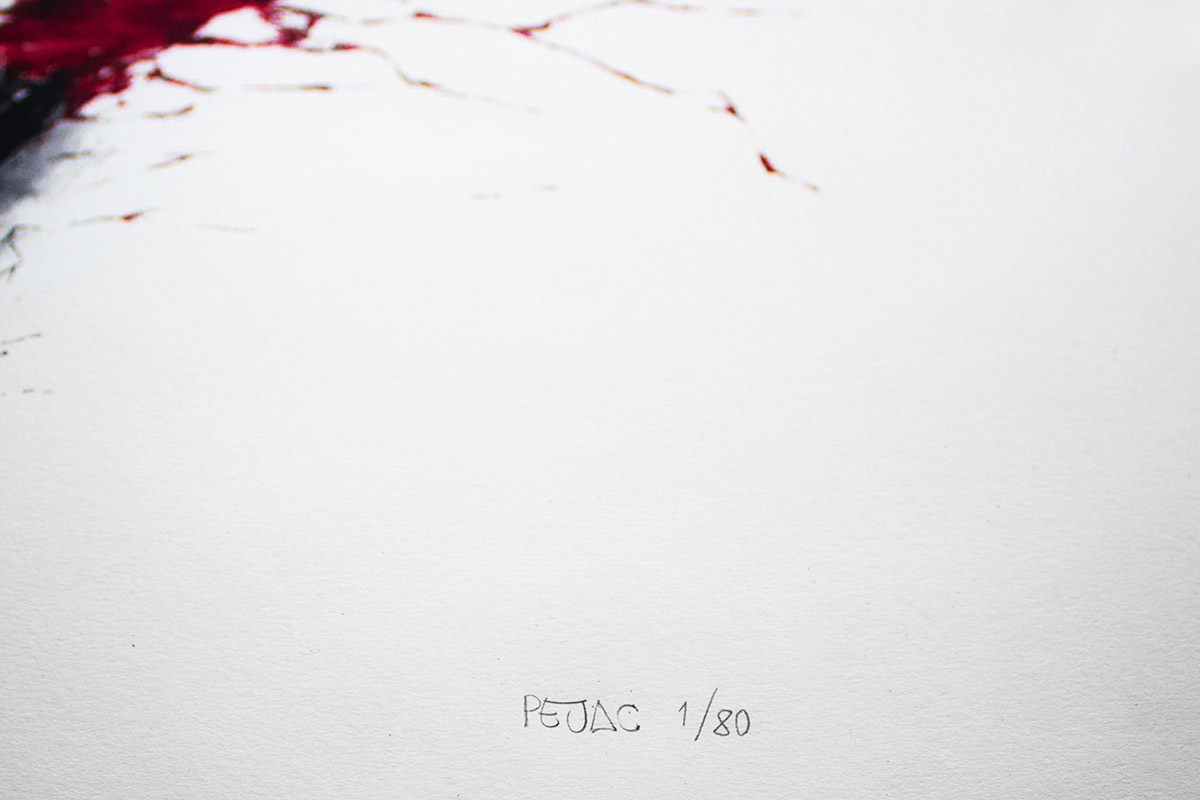 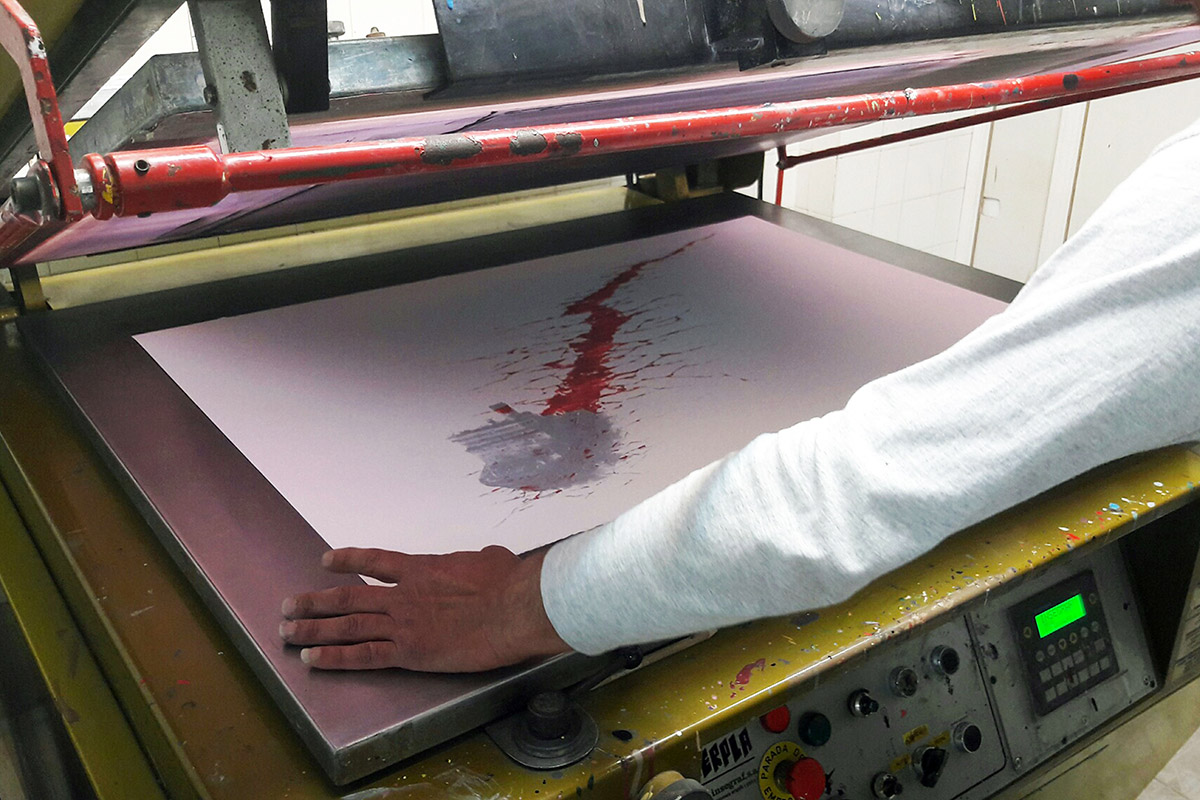