Coinciding with having his work as a part of  Jonathan LeVine Gallery’s A Conversation Between Friends (covered) at the Juxtapoz Clubhouse during Basel Week Miami, Ludo (interviewed) just announced his upcoming print release. Scheduled for Wednesday, November 30th, at 6pm (Parisian time, GMT+1) via his website EnjoyTheViolence.com, Victory is actually one of his works featured in the show.

The image depicts the infamous Winged Victory of Samothrac or Nike of Samothrace upgraded with a recognizable twist by the French artist. His version of the iconic marble Hellenistic sculpture of Nike (the Greek goddess of victory), has an added bionic arm that is holding a rocket and new, bigger butterfly wings. The prints are all unique as only the base of the image is a lithography produced at Idem Paris, and than each copy was heavily handfinished and painted with 3 different layers of acrylic, including the signature bright green. They measure 65 x 55cm, are embossed with the Idem stamp, and signed / dated by the French artist. The edition size will be 50 + 5 AP’s with a black background. 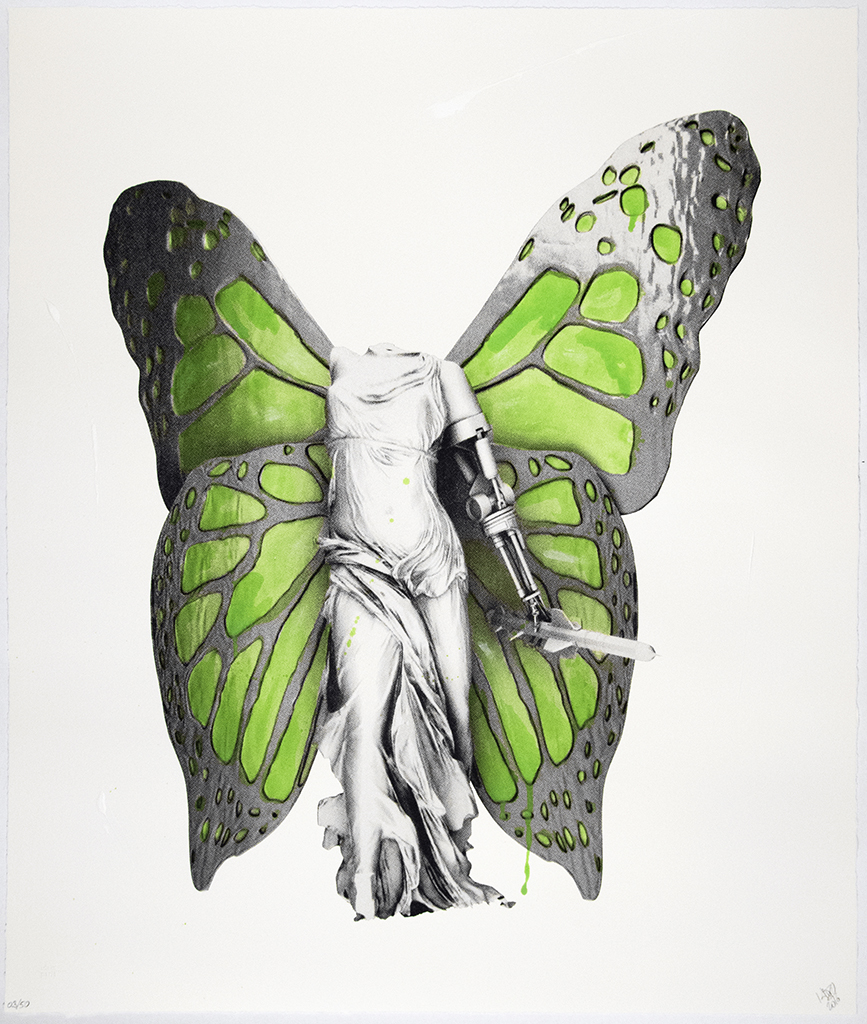 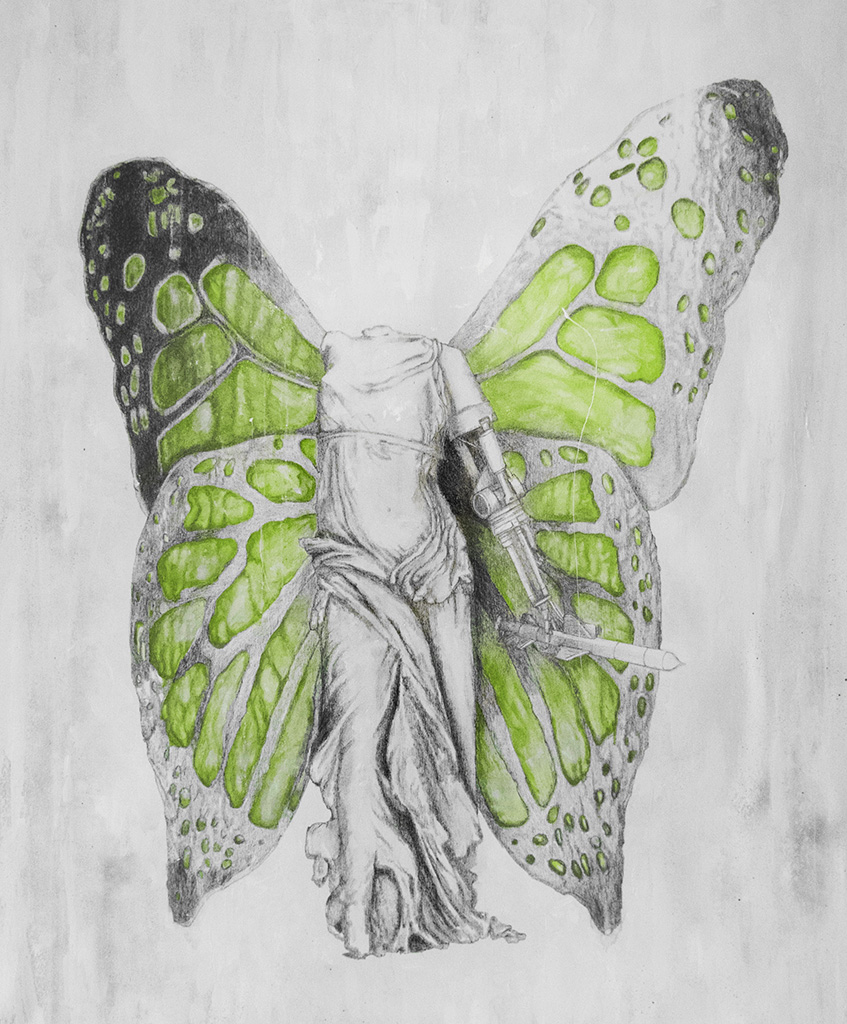 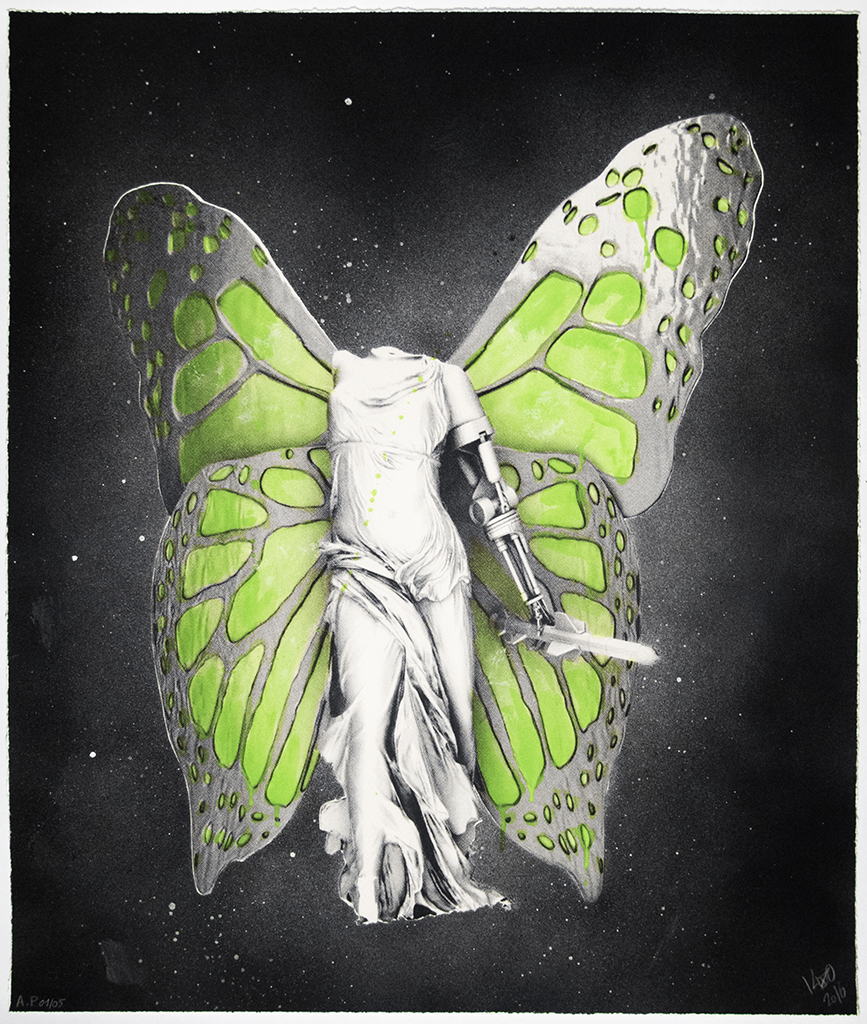 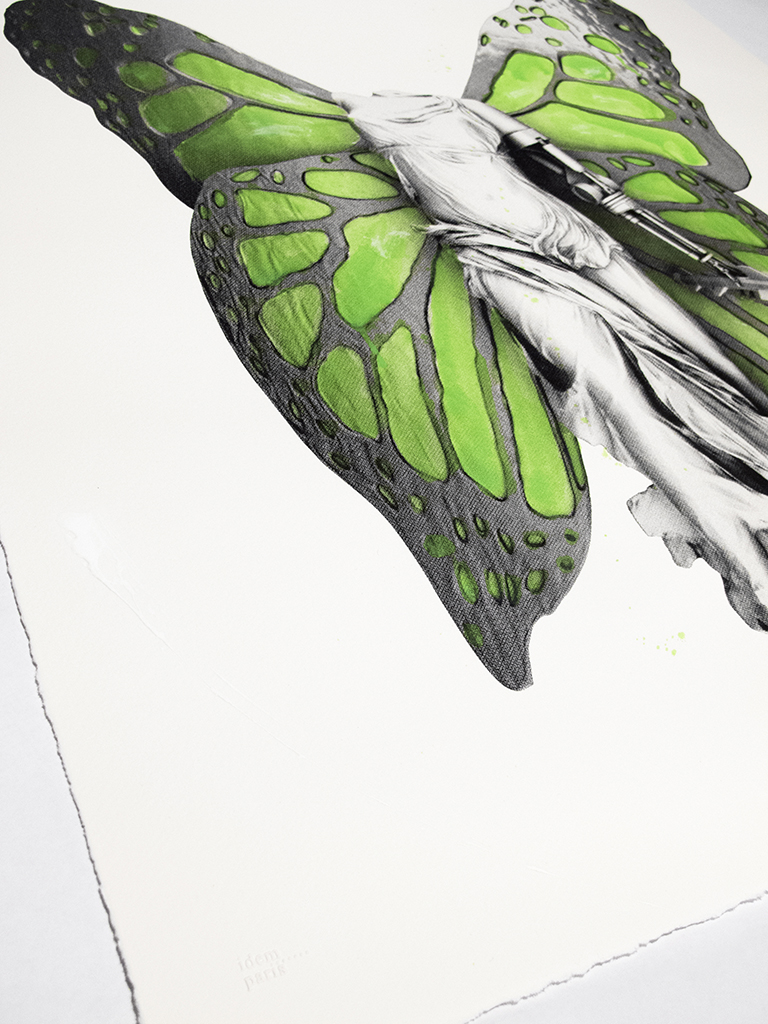 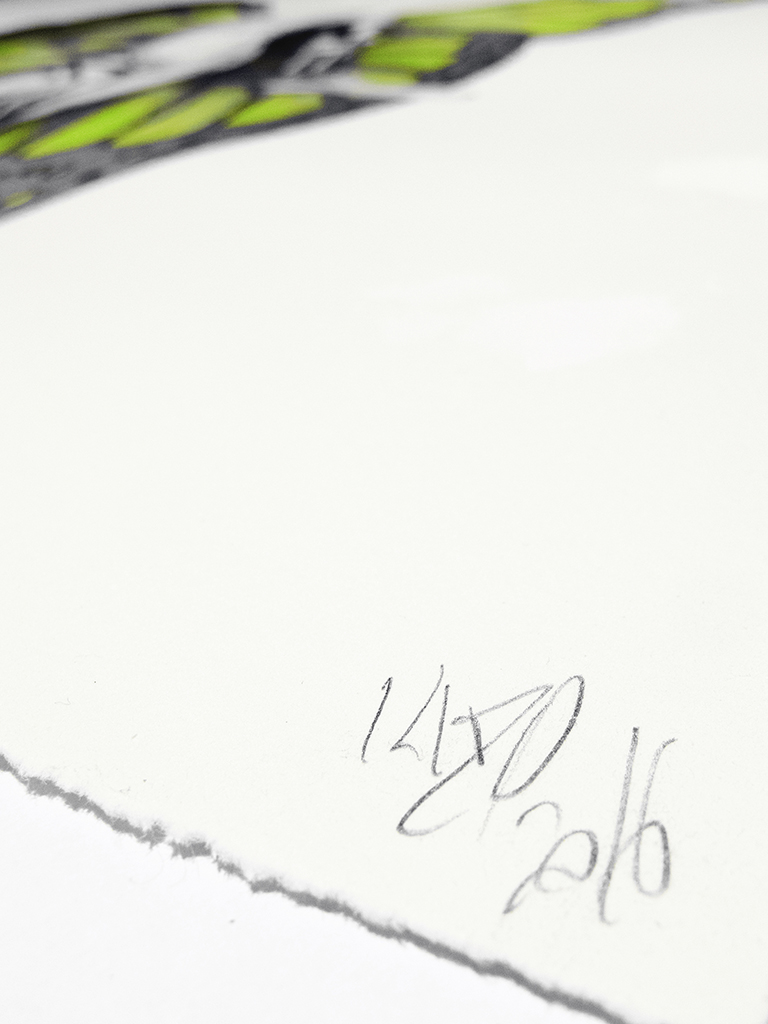