With the beginning of August upon us, It’s time to take a look back at some murals that caught our eye last month in this edition of Streets World Roundup, mostly painted in July. First up is this amazing makeover of a 19th century castle in the Loire Valley of central France by Okuda featuring his colorful and prismatic style (photo edited from ChopemDown Films). Entitled Skull in the Mirror, this project (part of the recent Label Valette Festival) by the Spanish artist is not the first time he has taken on an architectural challenge (see Koas Temple & a Moroccan church) and hopefully won’t be his last. 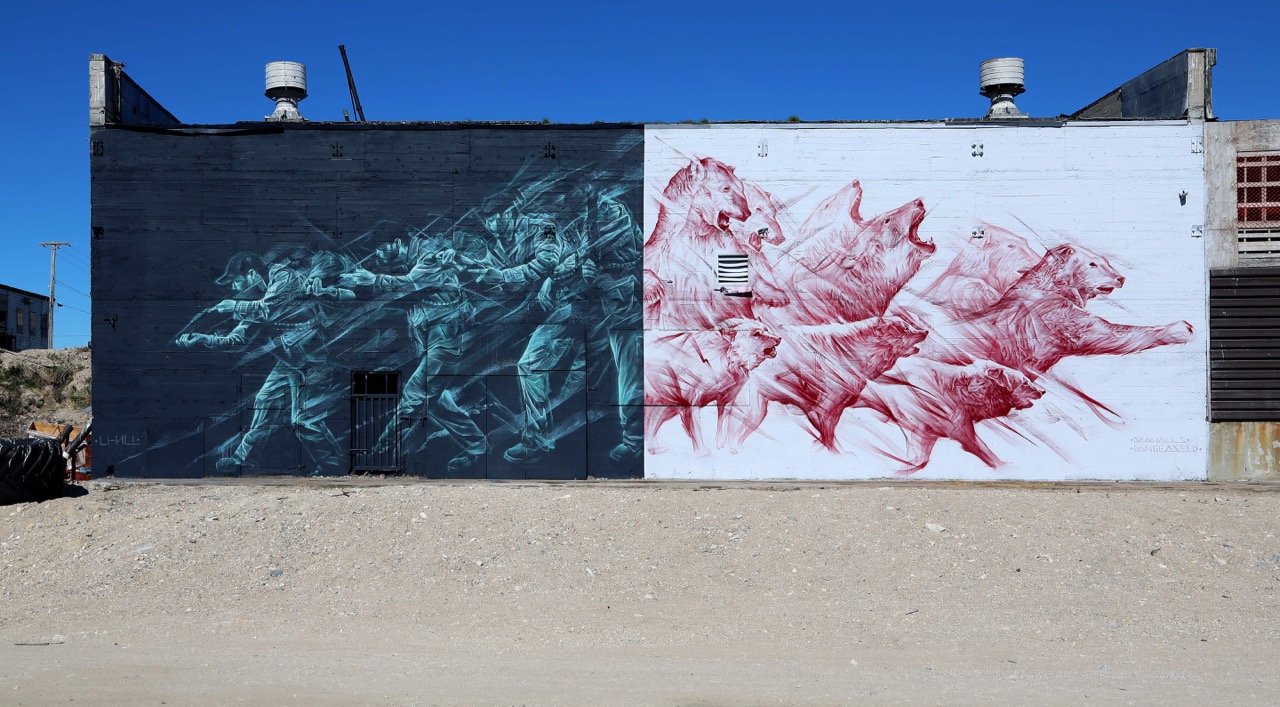 Aaron Li-Hill – “On The Brink” in Churchill, Canada for PangeaSeed. 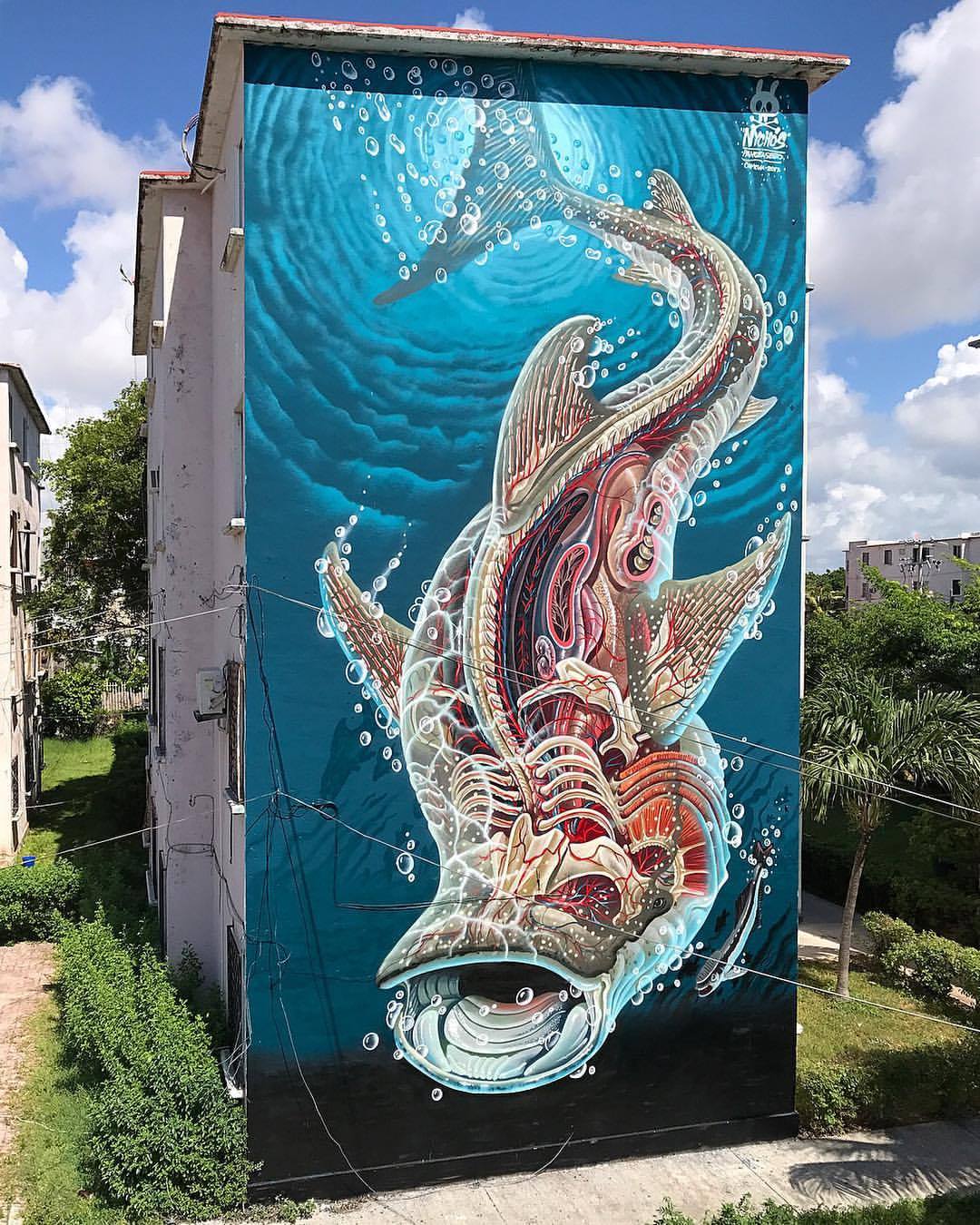 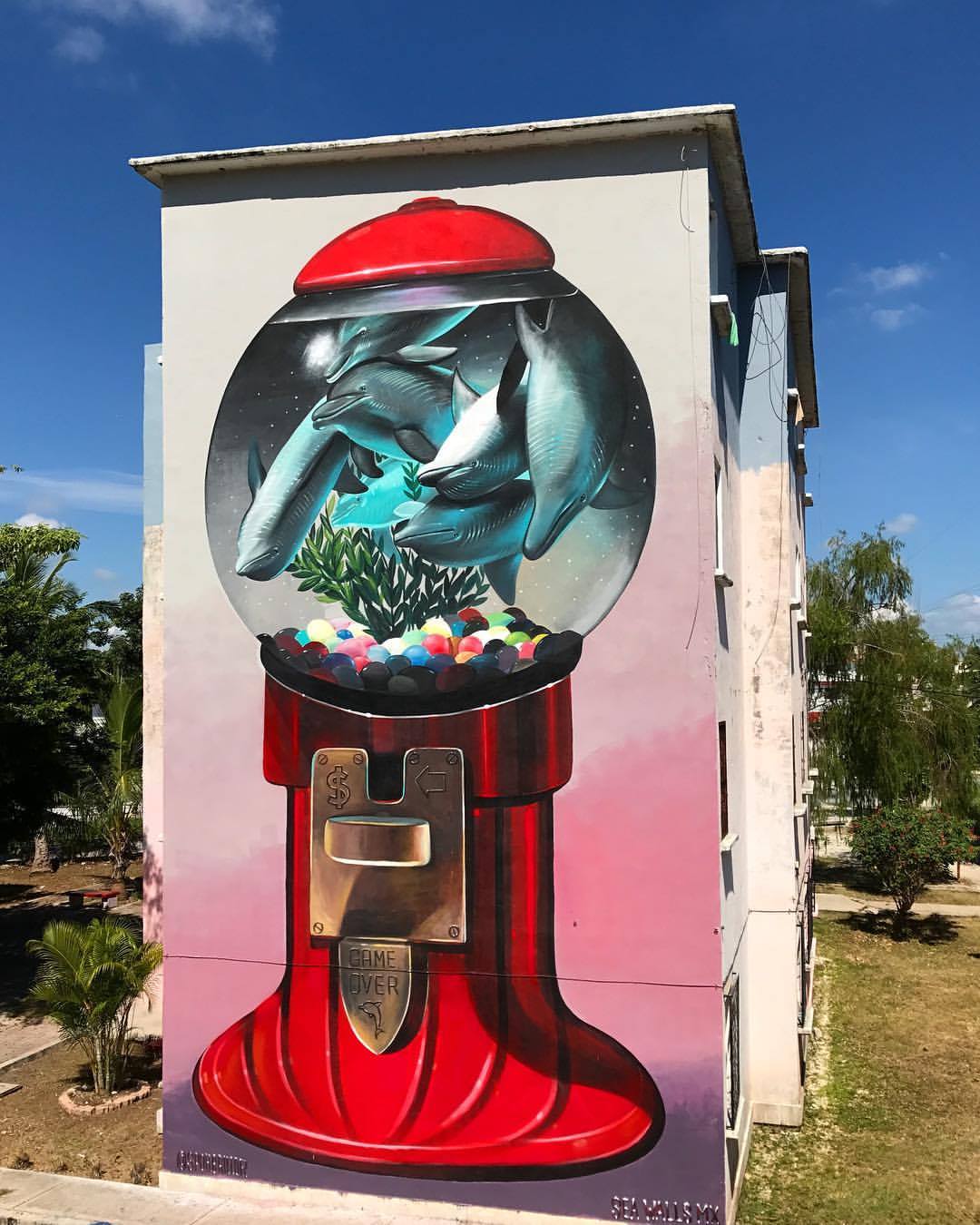 Spok – “Game Over” in Cancun, Mexico for PangeaSeed. 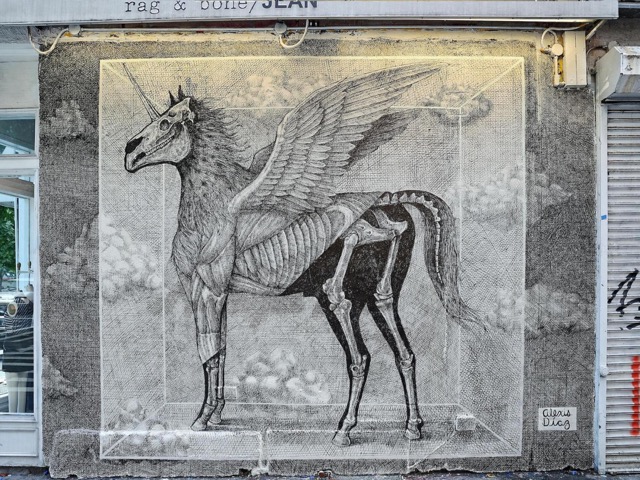 Alexis Diaz in New York for rag & bone. Photo by @Just_a_spectator via Graffitistreet. 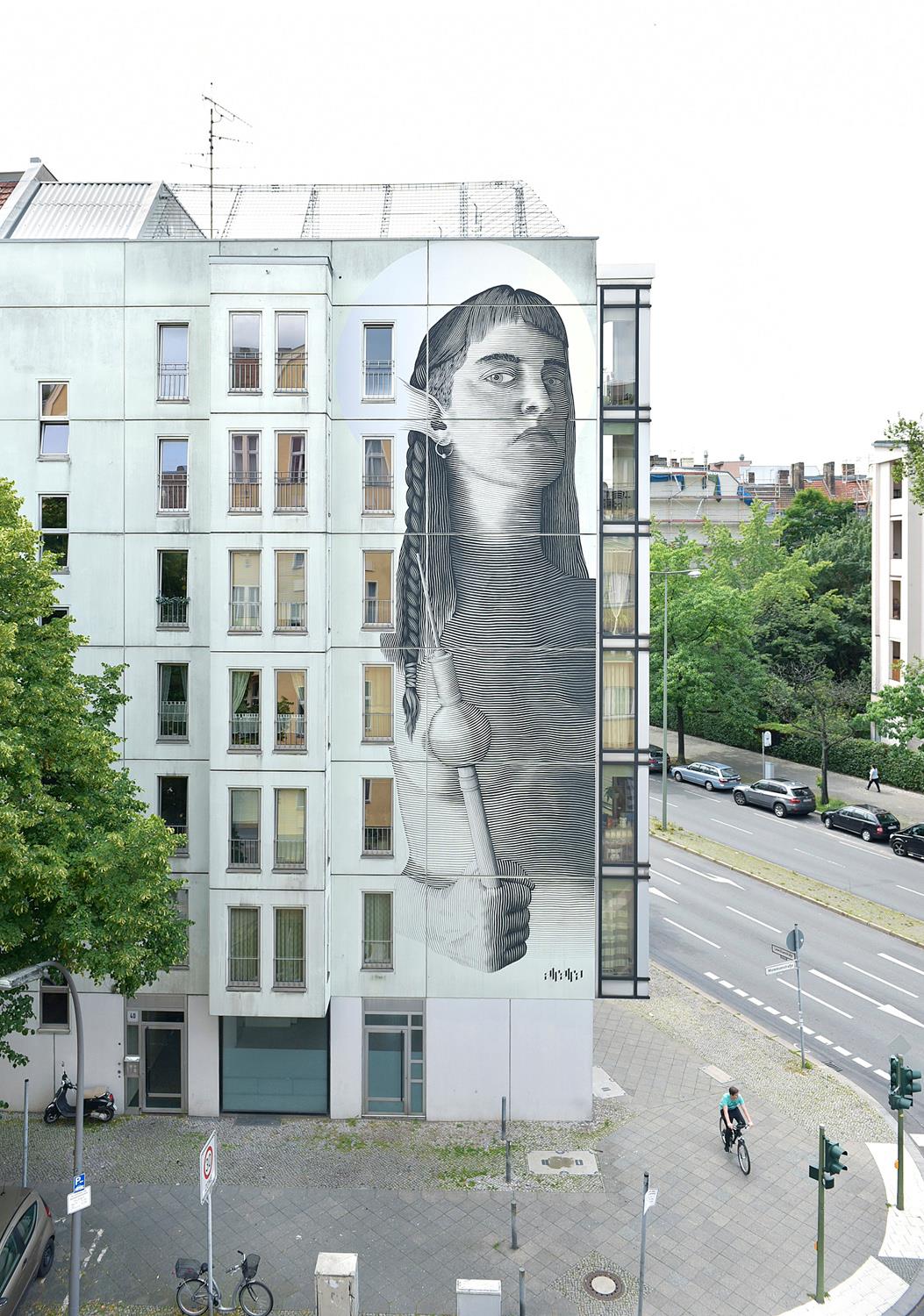 Nicolas Alfalfa in Berlin, Germany with support from Urban Nation. 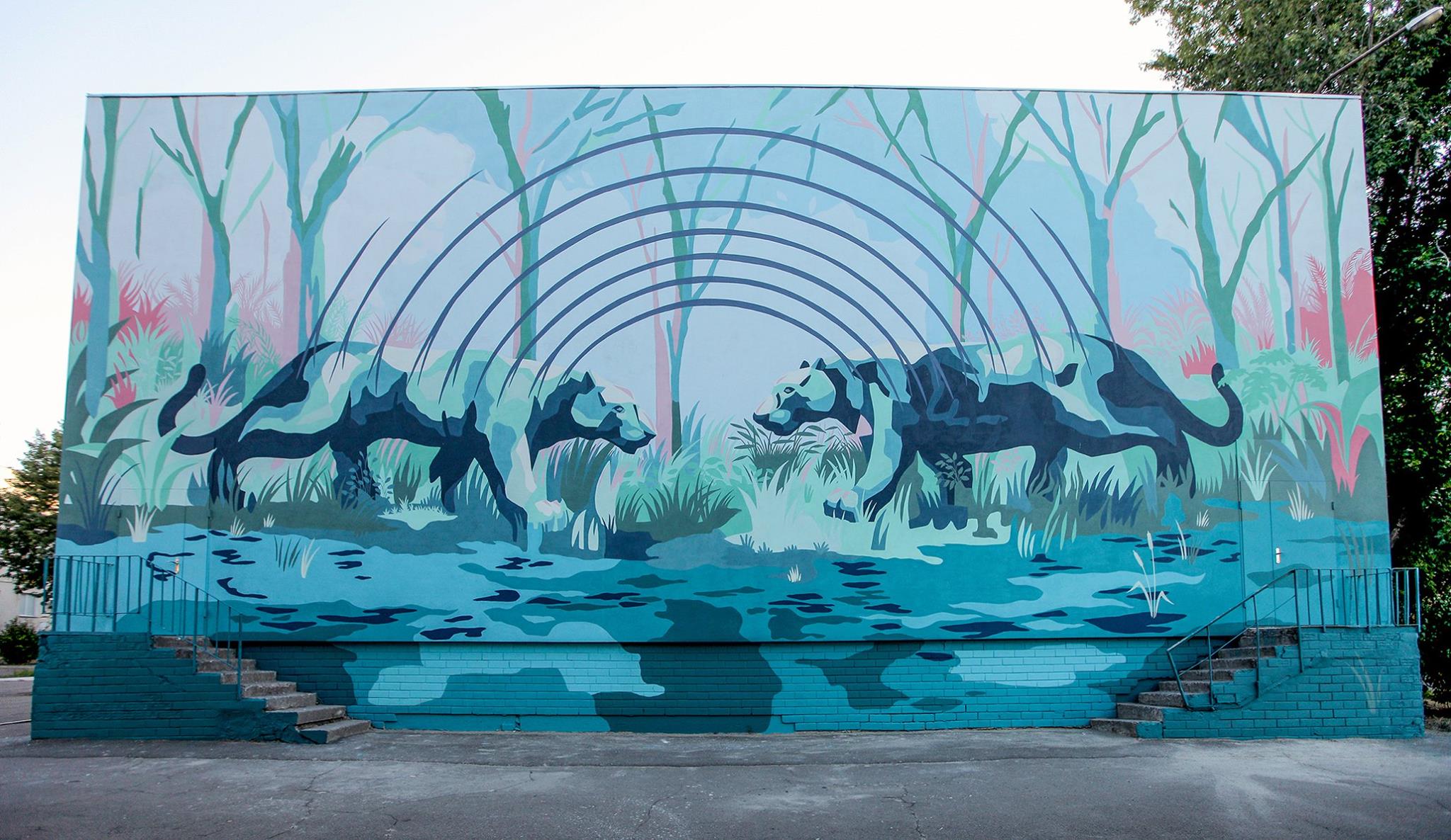 Jaz in Kiev, Ukraine for Mural Social Club : Back to School! Photo by Alena Saponova. 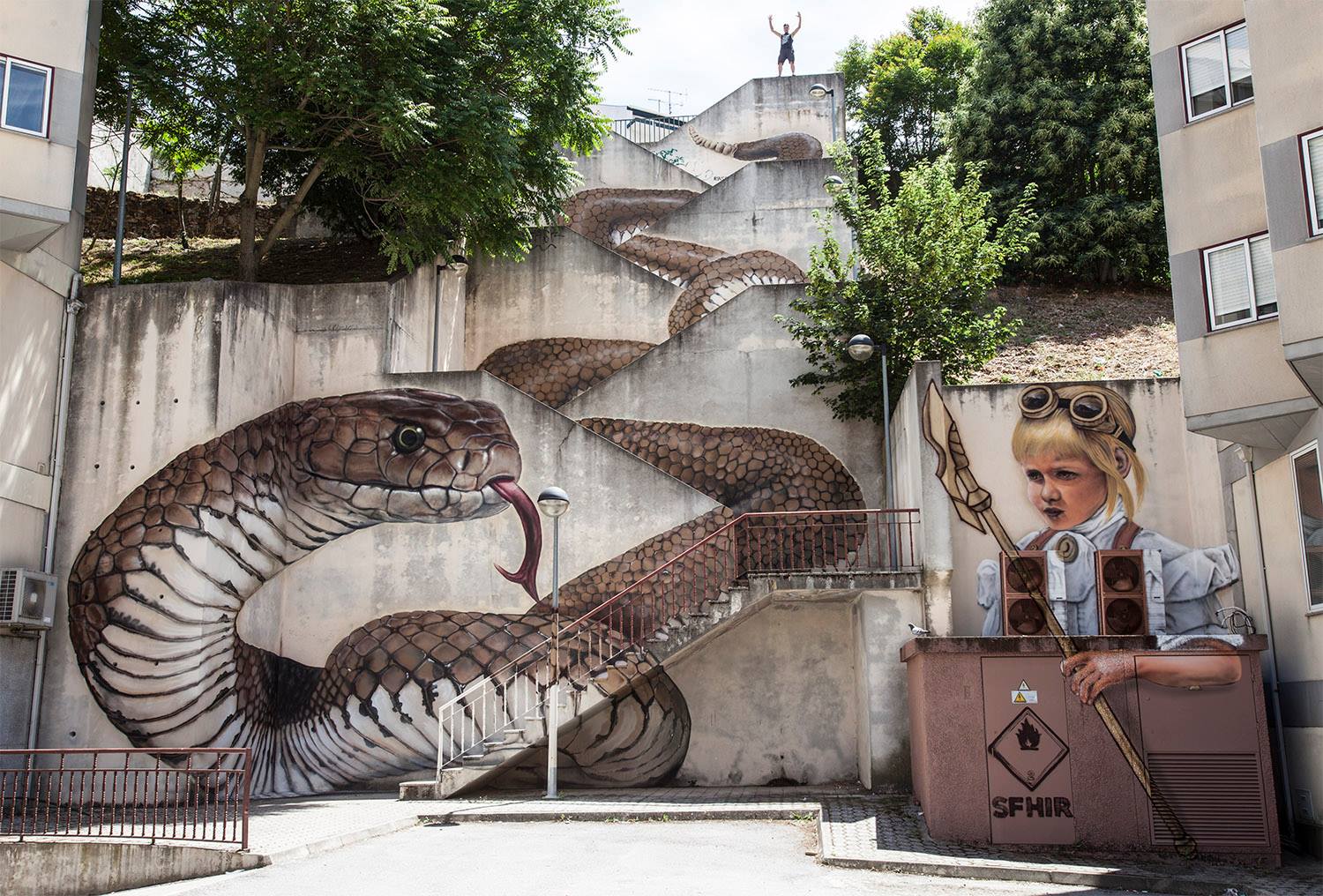 SFHIR in Guarda, Portugal for Art Festival siac2. Via StreetArtNews. 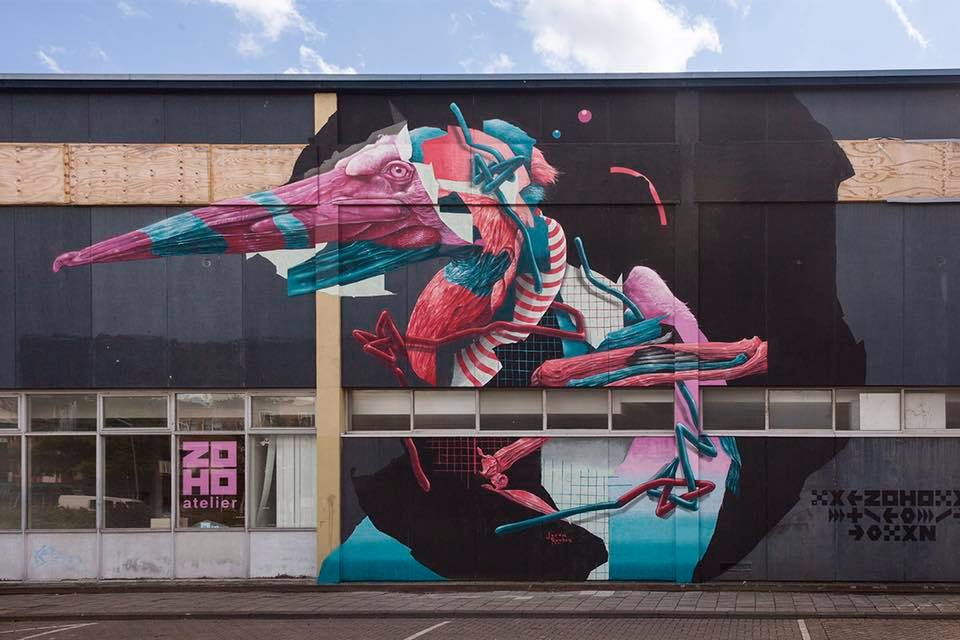 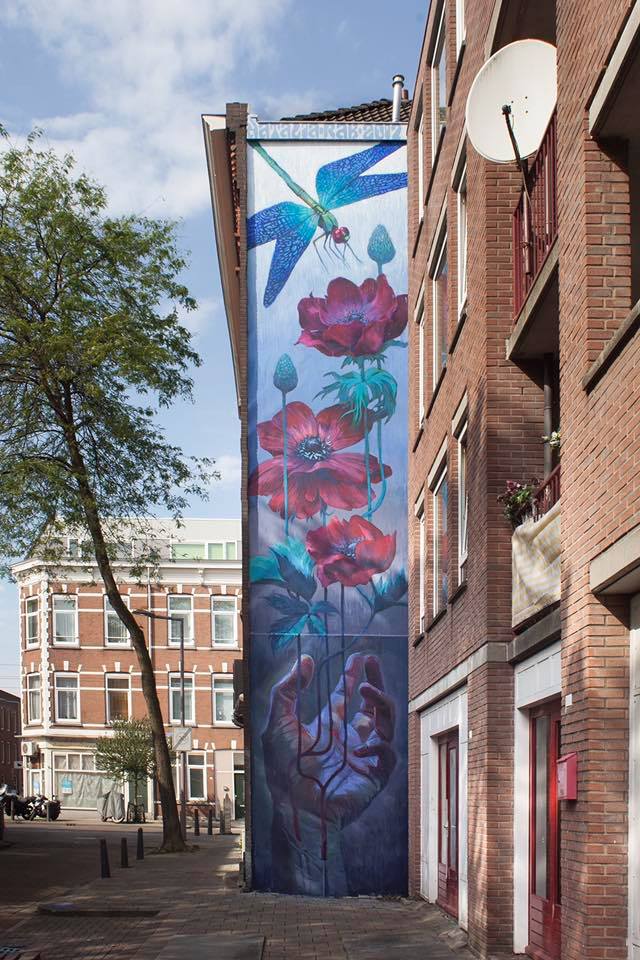 Natalie Rak – “Resurrection” in Rotterdam, Netherlands for the Sober Walls. Photo by @rozaschous. 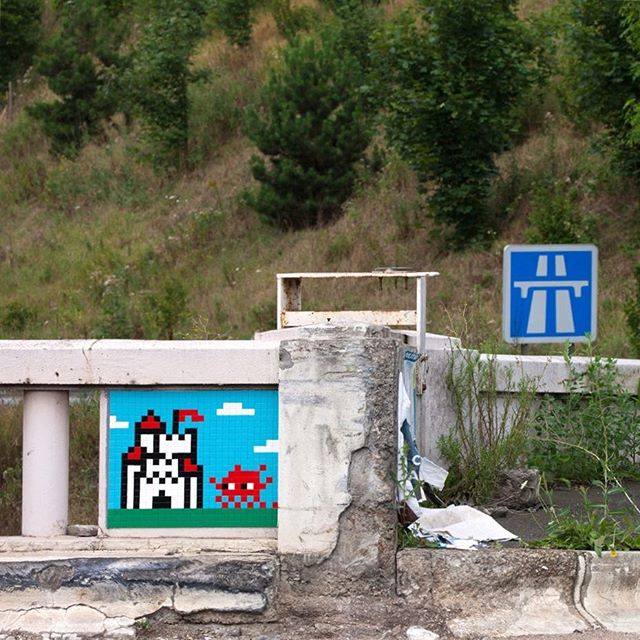 Invader on the way to Versailles, France. 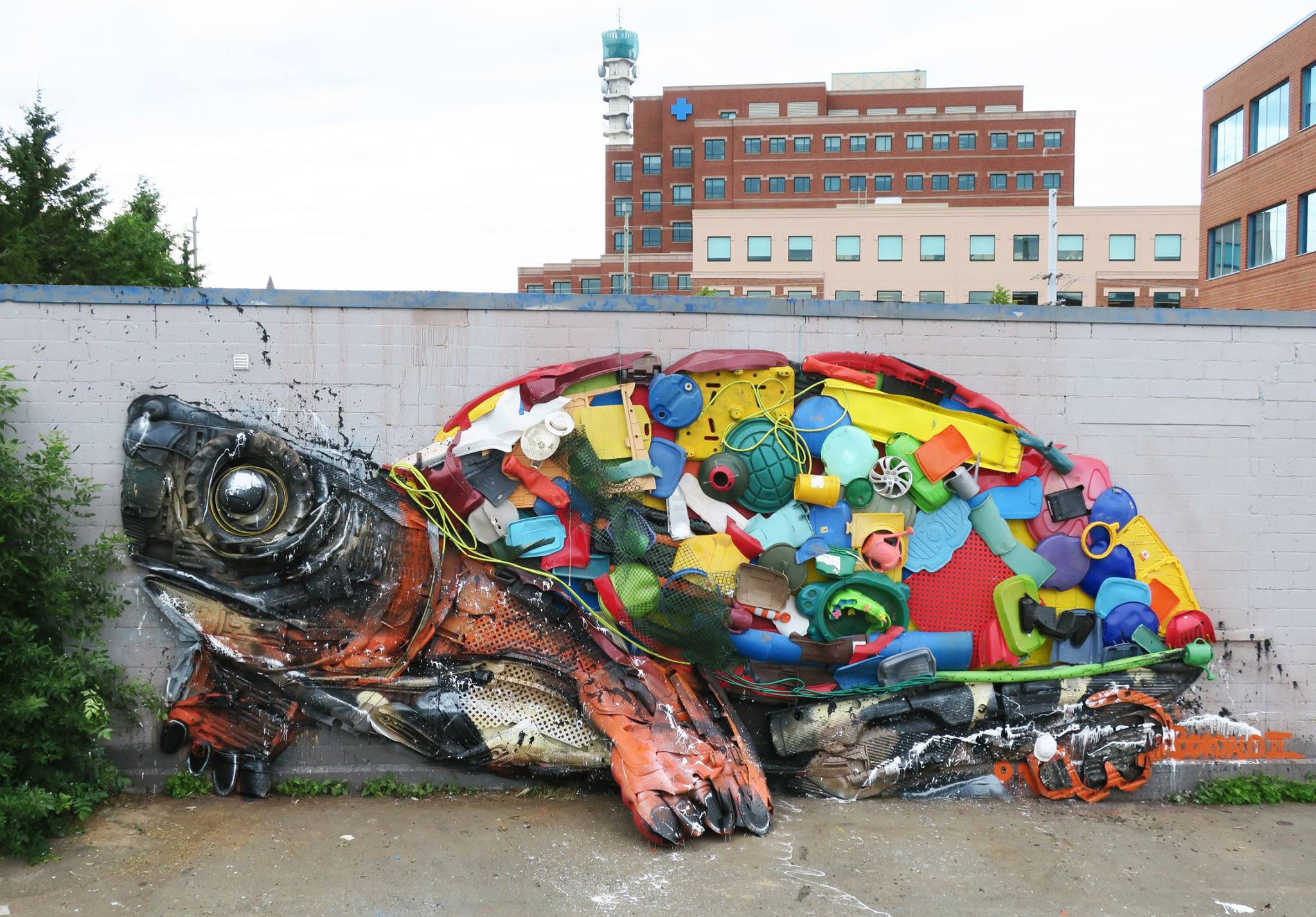 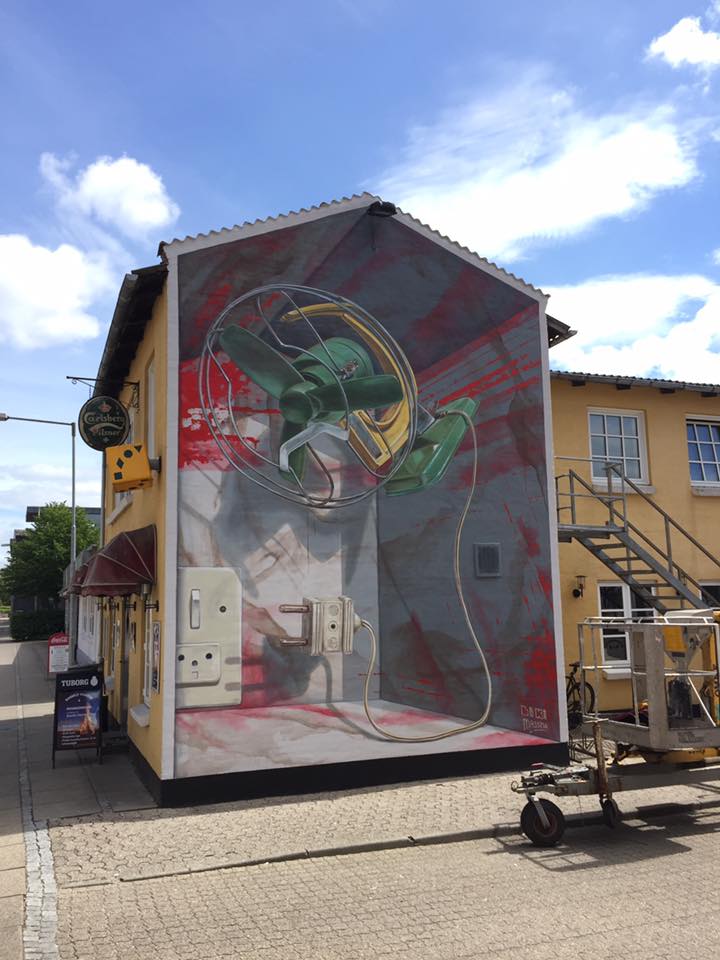 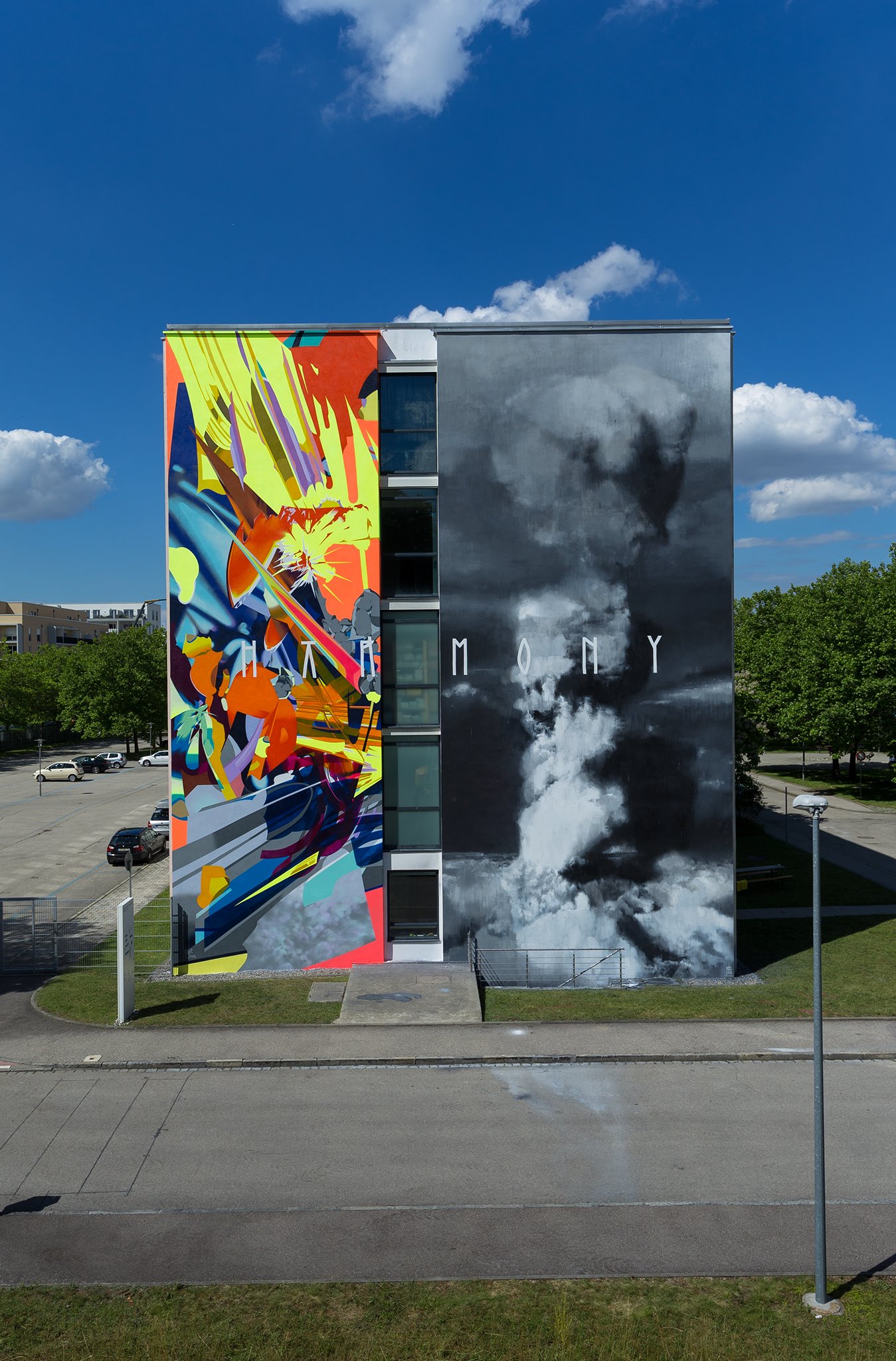 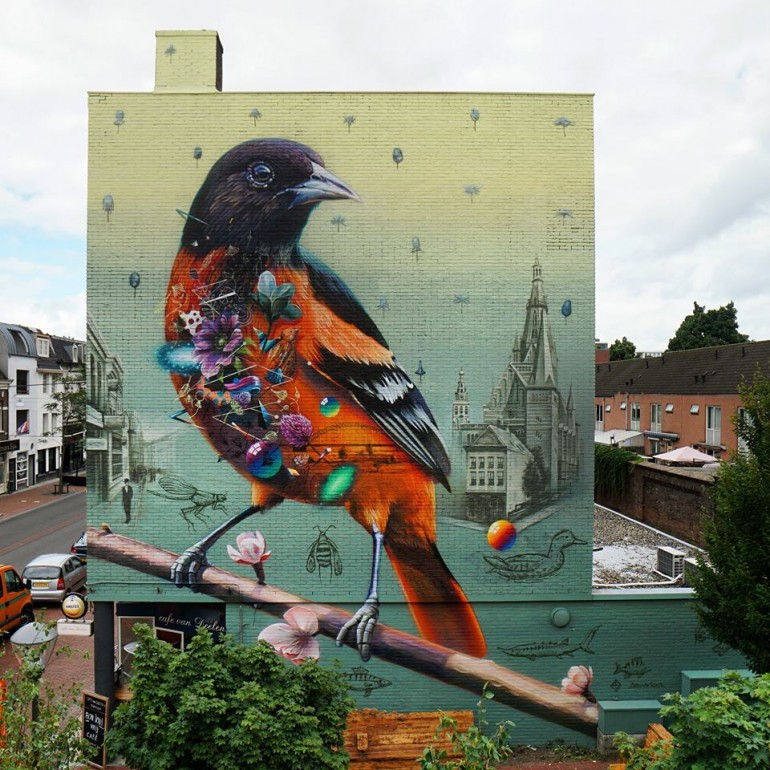 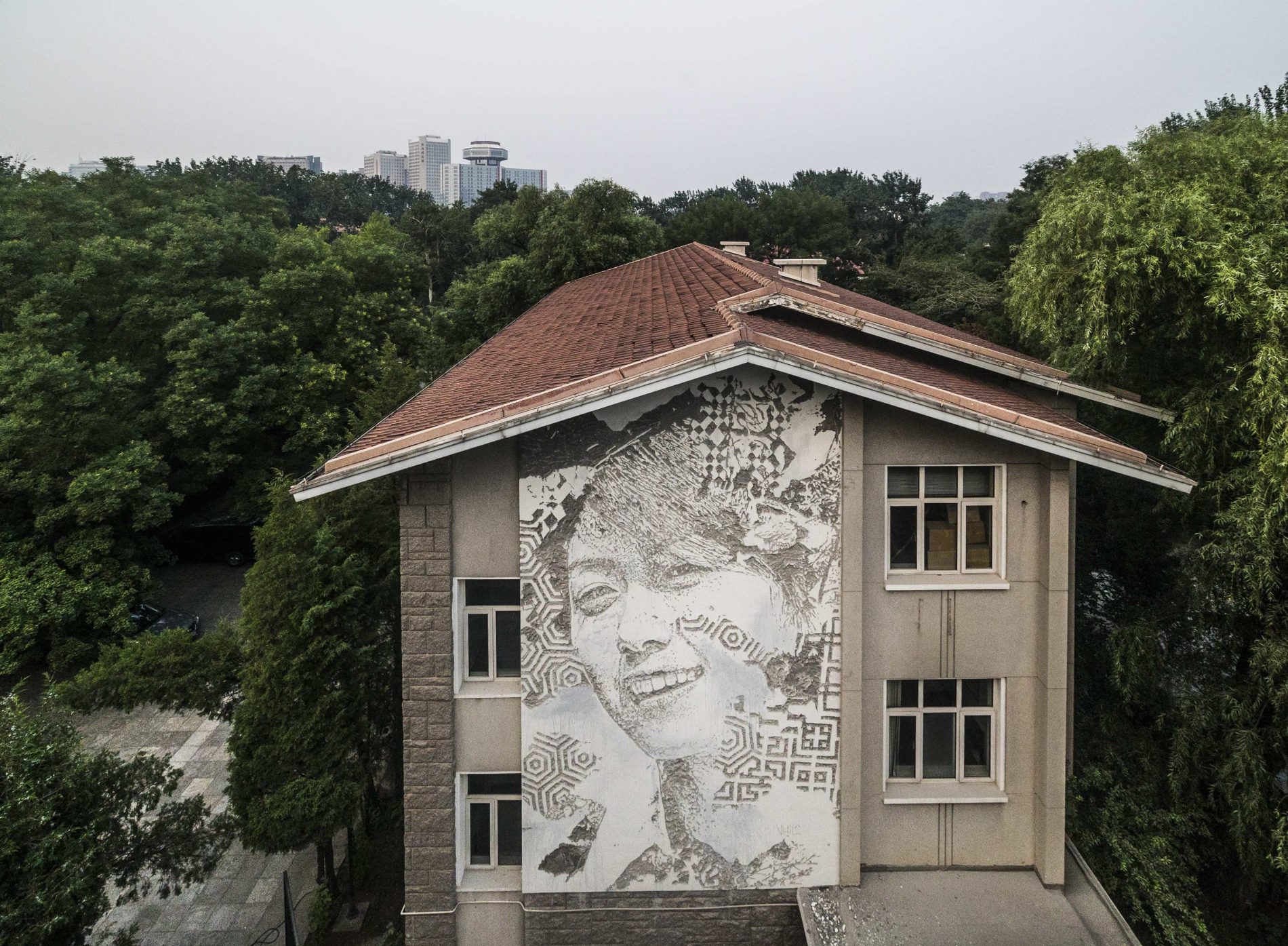 Vhils on the Portuguese Embassy in Beijing, China. 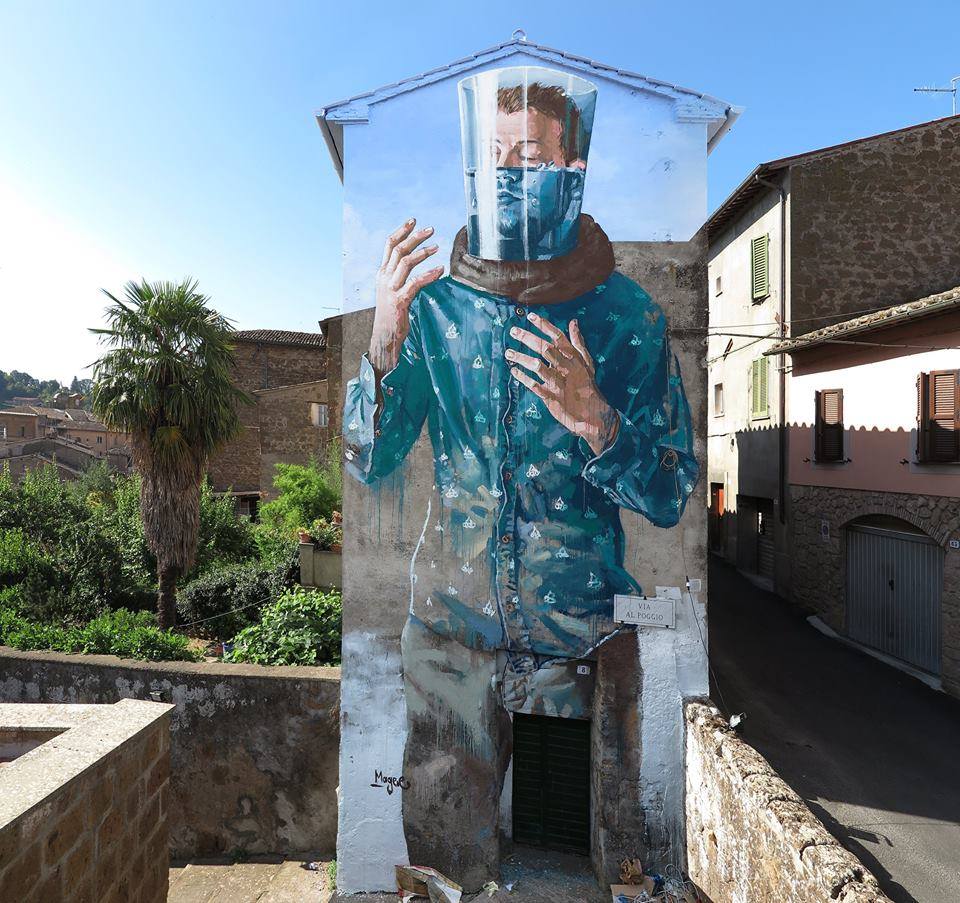 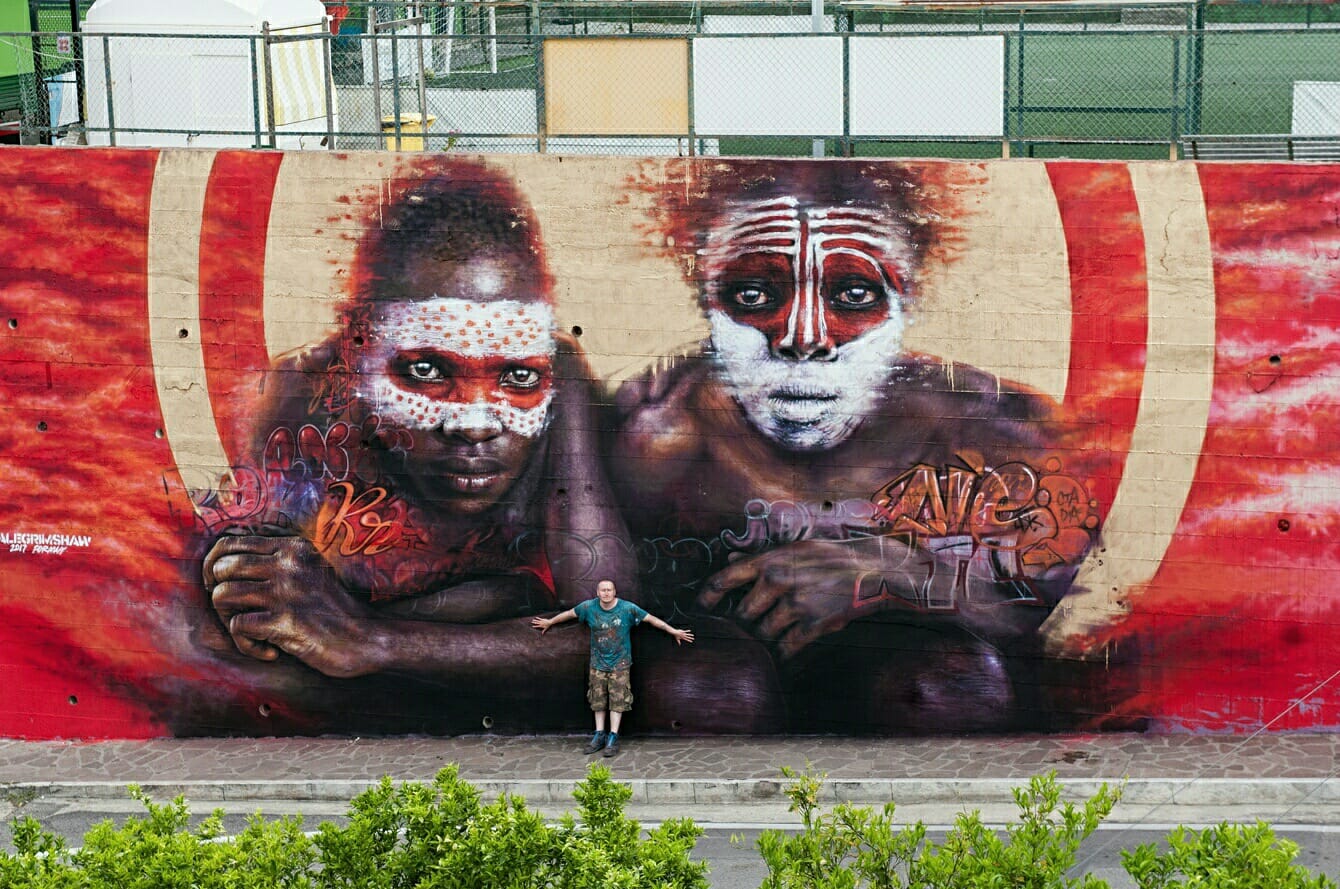 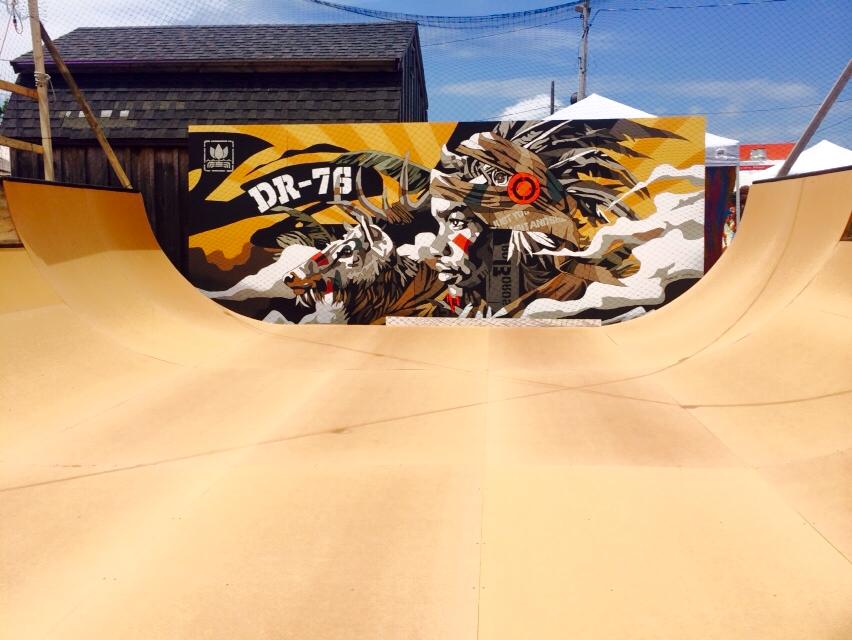 Dragon76 for the Levitate Music Festival in Marshfield, Massachusetts, USA.