Curator, Sven Davis, has worked in architecture for over 20 years, so the thematic center of the exhibition is close to his heart as Space//Form centers around notions of the architectural landscape. Each of the artists were given an identical 10×10 inch panel and invited to create a work depicting their interpretation of space and form within either the constructed or the natural environment. The exhibition also serves as a comparative exercise in how different individuals respond to a single set of prescribed criteria. All of the participating artists were given the same commission guidelines and an identical surface material to work with.  ]Each unique interpretation of the brief has led to the creation of a new artwork specifically for the show. The disciplines of art and architecture traditionally enjoy a symbiotic relationship, and the parallels run deep between the conception and realization of an architectural project and the exhibition itself.

The huge list of participating artists reads as follows:

The common surface media are museum quality painting panels supplied and manufactured specially for the exhibit by Ampersand Art Supply. All of the artwork is to be hung in a huge grid, so watch out for some high quality presentation for the show. The exhibition will also be accompanied by integral installations by Mark Dean Veca and Michael Murphy. The exhibition runs from September 6-29, 2012.

Watch out for more information on the show from AM as we’ll start to reveal some of the images of the work as the opening approaches. 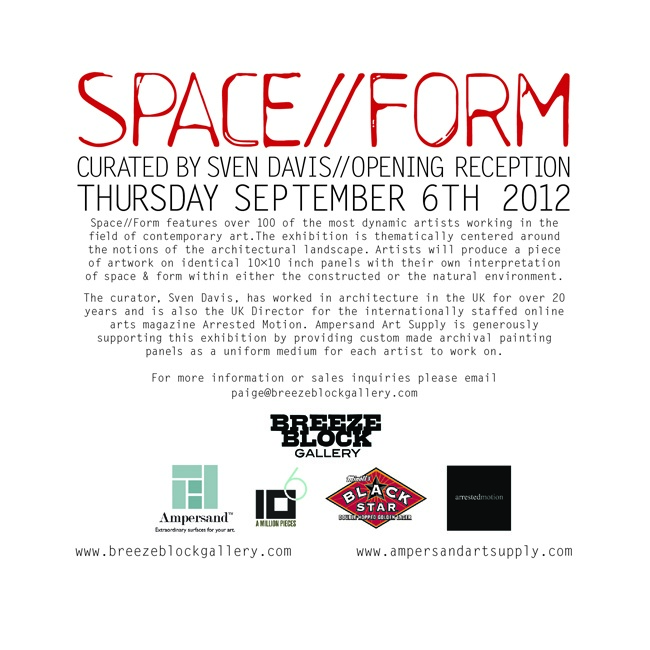 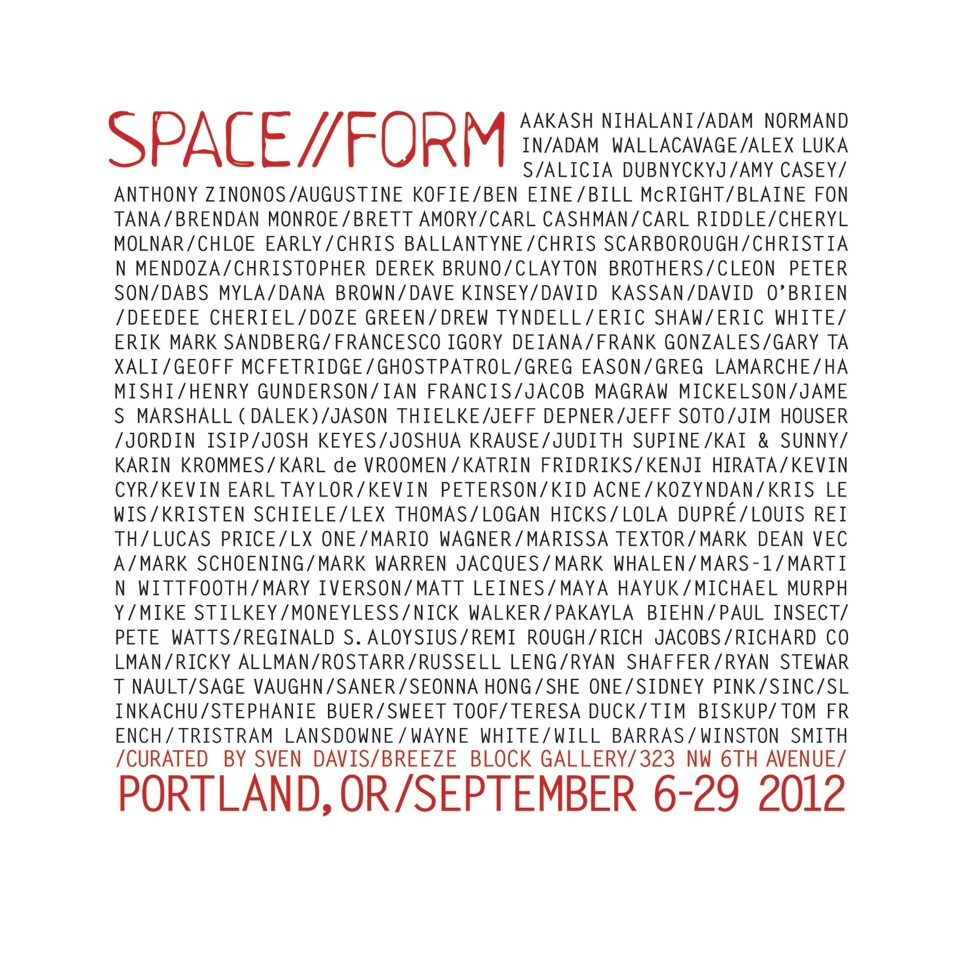