Following directly on from Part 1 of our coverage of the busy Space//Form opening, AM now delves a little deeper pictorially into the artwork created for this huge group exhibition of 110 artists with a series of pictures where the art is more viewable (like the Mark Dean Veca installation above).

To recap, all of the participating artists were given an identical 10×10 inch cradled timber panel by exhibition sponsor Ampersand as the medium to work on. The exhibition curator, Arrested Motion’s Sven Davis chose a brief for the exhibition close to his heart – Architecture and the Environment – and certainly one that most of us can relate to as we all engage with the theme in many ways. This controlled, but loose, approach to a central theme brought out some exceptional work from the group of artists invited to participate, and true to the aspirations of the exhibition gave a comparative insight to how creative minds interpret the same brief when provided with the same materials and information.

The exhibition includes work from an international group of artists across a variety of mediums, each carrying a unique vision and creating a new piece of work specifically for this show including: 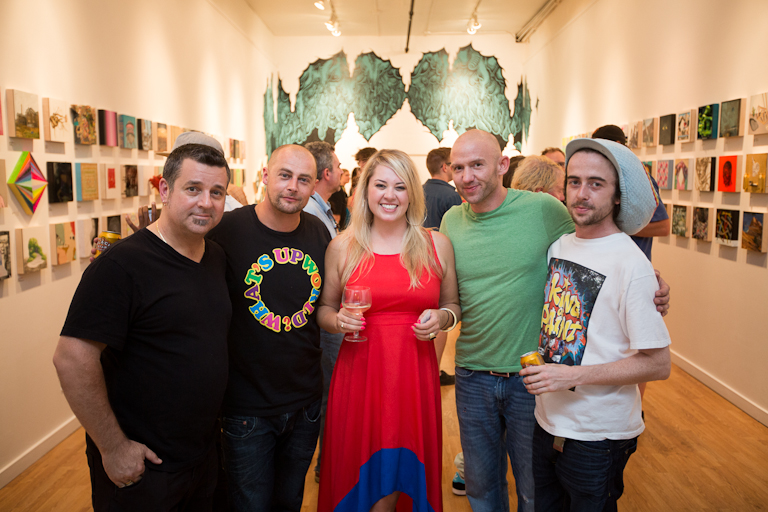 Additionally, Mark Dean Veca and Michael Murphy created installations that supported and complimented the large grid of 110 paintings. Veca’s gem cave mural towards the rear of the gallery wowed many with the definite brush work that is also synonymous with his paintings. The embryonic forms played with the aspect ratio of the gallery itself, and the Inc. Blots installation of 10 diamond form panels provided a wonderful connection to the main body of the exhibition.

Murphy’s Portrait of Chuck Close was formed from over 5,000 popsicle sticks. Close, who’s paintings are based around constructed grids themselves, inspired Murphy to create a constructed portrait of the popular artist – “I immediately began researching the natural and man-made landscape of Portland which, at the time, I was pretty unfamiliar with – Murphy recently told My Modern Metropolis about his creations for the show. The steel bridges of Portland immediately caught my eye. They reminded me of the steel bridges I grew up with in Youngstown, Ohio. I decided that I wanted to make a popsicle stick construction that was similar to the bridge structures. I liked the idea of creating a portrait for a show based on landscapes, borrowing specific elements from the landscape to create the image. I’ve always wanted to do a portrait of Chuck Close. Like mine, his work straddles the border between abstraction and realism and I feel a certain kinship with him. I liked the idea of creating a portrait of a portrait artist.”

Space//Form runs until 29th September at Breeze Block Gallery in Portland, OR. The full exhibition is viewable here.
Discuss this exhibition here. 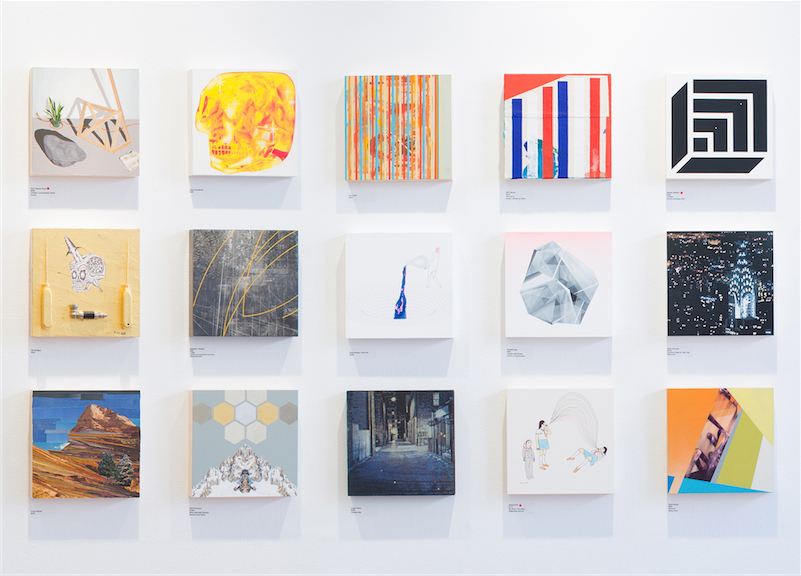 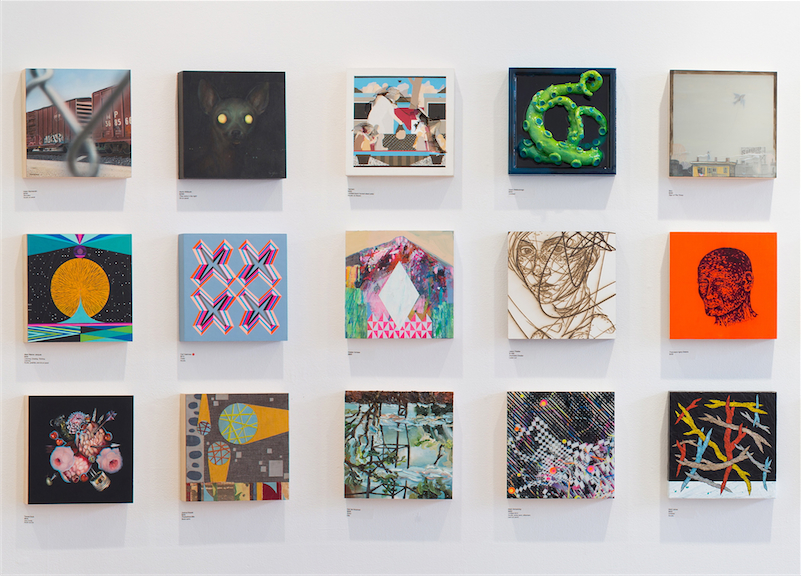 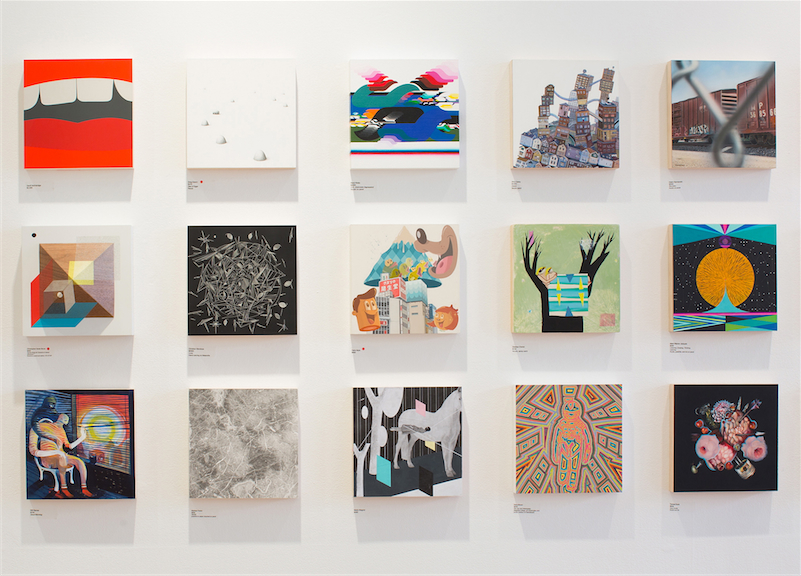 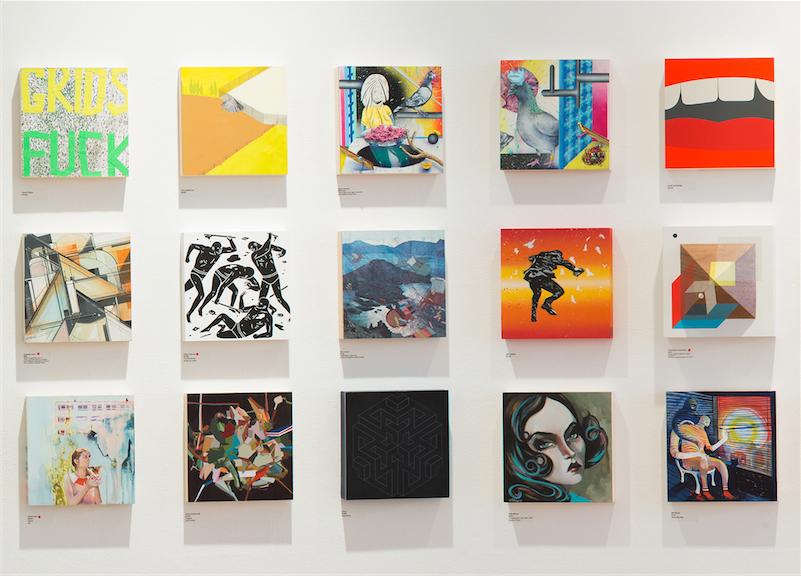 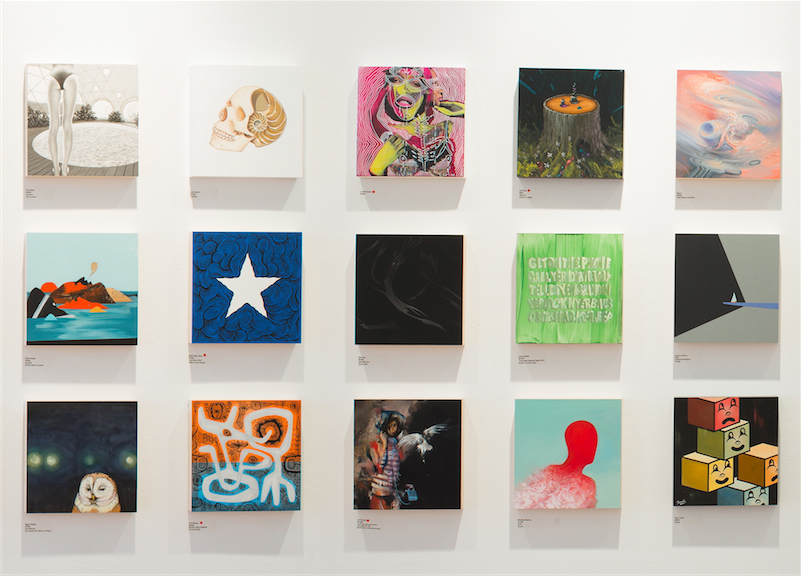 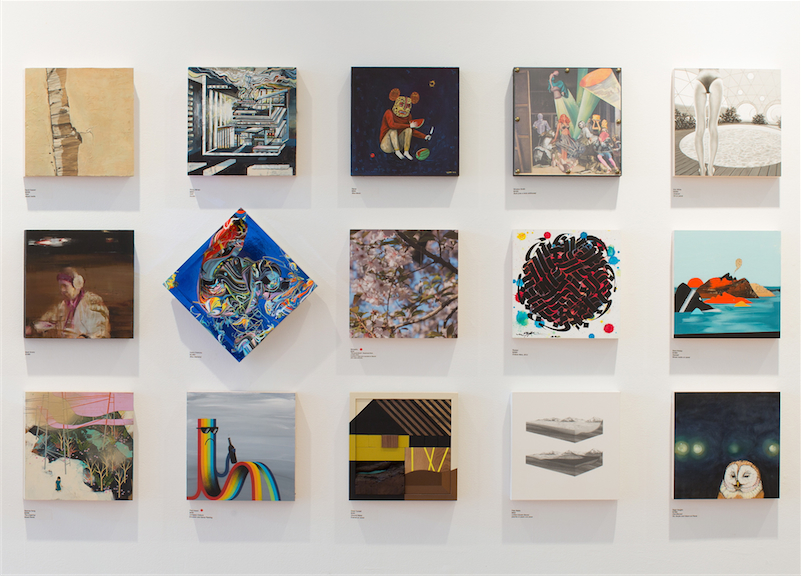 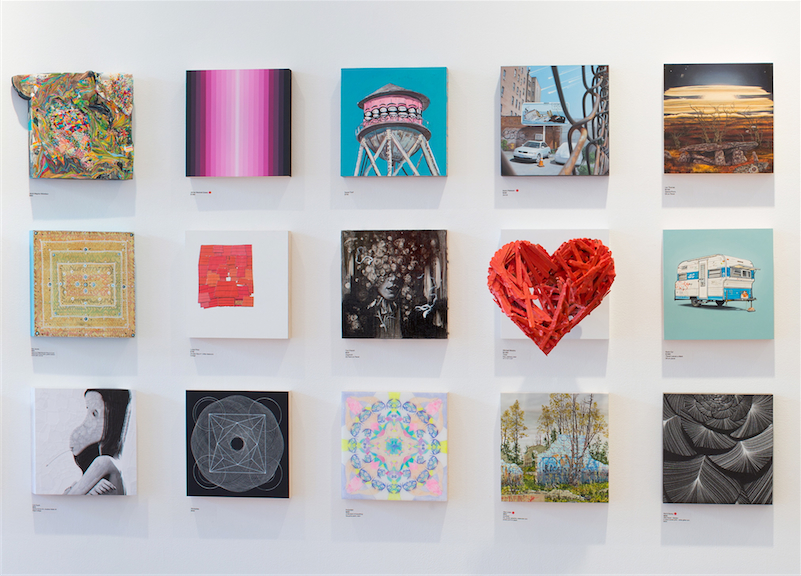 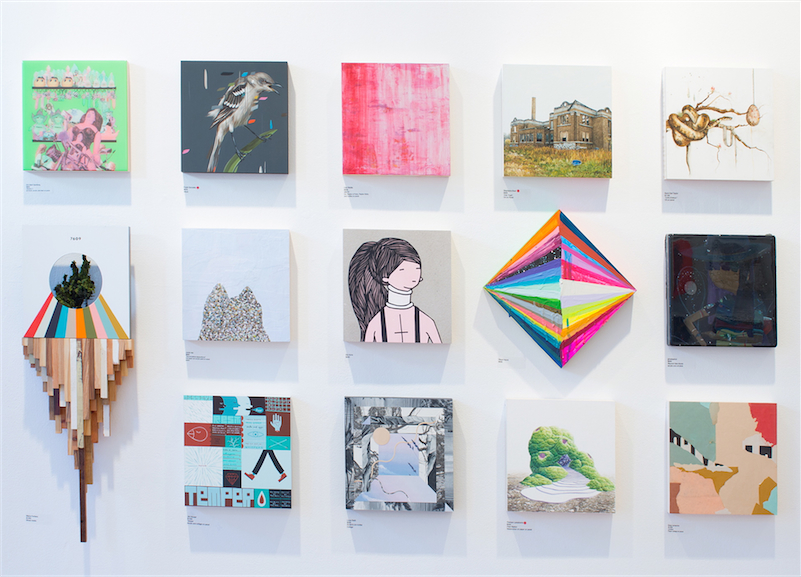